I bought this along with three other wigs for my cosplays, needless to say I can't even use it. It looks nothing like the picture, it had zero curl to it at all, it was practically straight, and the part of the hair was down to the EAR! With how it was put together I couldn't even save it. Out of the 3 wigs I ordered only one was useable. Very disappointed.

I was so, so excited to finally have an everyday wig. I recently shaved my head and am in the process of growing it out, and my hair has been making me majorly insecure. But I hate wearing wigs because of all the tangling. Even with detangling spray, my wigs are CONSTANTLY tangling and are impossible to keep untangled. So when I found this wig, I was unbelievably excited to have a wig that I would just be able to put on and not have to worry about. Well, I was wrong. First of all, the cap is EXTREMELY small, at least in the dark brown color. I have a tiny head and all of my wigs are huge on me (part of the reason why they tangle so much), so I was worried that this one was going to be big, too. I barely got it on my head because it’s so tiny. So if you have a large or average sized head, DO NOT get this wig. Secondly, I have not even been wearing the wig for 30 minutes and one of the braids is already falling out. There are flyaway hairs coming out near the top of the wig too, but the biggest issue is the left braid. There are tons of random hairs sticking out of the braid. I try to tuck them back into the braid, but then it just messes up another part of the braid. Again, I haven’t even been wearing it for a full half-hour. I’m indoors, so wind is not an issue. I didn’t mess with the braids (until it started falling out to try to fix it), so I know it wasn’t my fault. And the other braid is totally fine, no matter how much I touch it or move it. So clearly that braid was not done tight enough. I’m terrible at styling wigs, so I’m terrified that if I take the braid out to try to fix it, it will just be worse. I ordered wig hairspray, but it’s not going to arrive for a week. So now it’s not even going to be wearable until then, because I’m scared that the whole braid is going to fall out if I don’t spray it down. It would be such a great wig if they had just braided this one braid tighter. The cap is small, but that’s fine for my tiny head. It looks much more realistic than my other wigs too. But I hate that I have to keep messing with it to fix the braid when the ENTIRE reason I bought it was so that I *wouldn’t* have to mess with my wig all day. I included a picture of what it looks like right now— keep in mind that this is after continuous efforts to keep the hair in place. So while it doesn’t look terrible, it should look perfect with how many times I’ve had to carefully weave hair back into the braid. (I included one pic of the messy braid & one pic of the neat one for comparison.) I also included a picture of the messy flyaways on top. 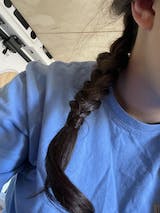 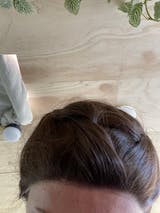 The fibers and color look very realistic and I'm very impressed for a regular non-lace wig. The bangs were the perfect longer length for customizing.

It's a great intense auburn color and very silky. WIF always has good quality cap construction and durable fibers, so no complaints here!

I couldn’t have been more pleased. Natural looking and extremely easy to style. I definitely recommend. I wore this wig for a “Snotgirl” cosplay. 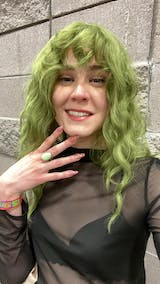 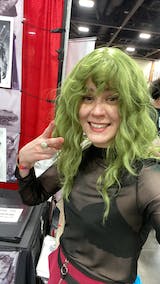 The quality of this wig is amazing! It's the perfect shade for my Black Canary costume and the bounce in the curls is giggle-inducing. Admittedly, it did friz a little bit but only after a full days wear in humid weather. The fibres are nice and soft and easy to care for. Overall this wig is amazing and I will definitely be coming back again. 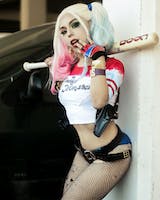 So many great things about this wig. The colour is stunning! As per their quality, it is thick, adjustable for all sizes of caps, and the length is perfect. I wear this wig almost all the time, I get so many compliments on it. Just beautiful.

I debated on this wig for a while and I'm so happy I decided to get it, it's just stunning! It seemingly changes colors depending on lighting (sometimes it's more red, sometimes more blonde) which is perfect since Wanda's hair seems to do the same on screen. It's just perfect. Highly recommend 😁

I love this wig, it's so thick and the colors flow nicely from light to the right color 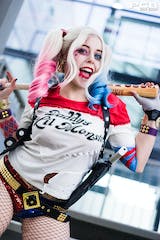 The quality is amazing, such a pretty color. 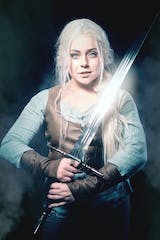 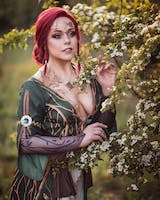 I am so in love with the color, wavy style and quality! Exactly what I wanted. Thank you so much! 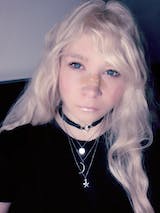 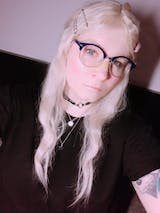 In love with this wig, it is such a beautiful vibrant ginger!! Incredibly fluffy and soft and not shiny or fake looking, definitely worth the money :) The only complaint I might have is that the bangs have a strange curl at the bottom so I had to trim and restyle them to look good (2nd pic) 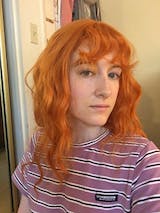 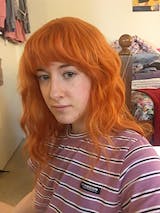 It's been 6 long years since I last bought myself a wig. I thought it would just be easier to pick characters with long, blonde hair. I tried Feyre Archeron with blonde hair, but it just didn't do the character justice. I'm truly happy that, after a long search, I came across this particular wig. It's been used for Feyre plenty of times before, which did give me that little push to purchase it. Despite my large head (and a massive amount of hair tucked underneath that wig cap) it is quite comfortable, although it starts to hurt a little after wearing it for 6+ hours. The volume is absolutely amazing, so are the curls. Damn, I wish my own hair would keep curls like that. Kudos! I've cut the lace so that it does have a little bit of a widow's peak, as I naturally have one and it works perfectly! Highly recommend it.
More photos will follow on my instagram @thordottir 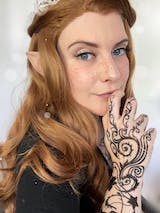 This wig was absolutely perfect for my Tanjiro cosplay!! I love to wear it for other events too, I always get so many compliments on it and some people even think it’s my real hair!! I love this wig so much and definitely recommend it! 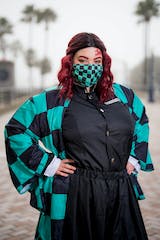 I absolutely love this wig! It came super quickly and the curls are so bouncy and cute!! It doesn’t tangle easily at all, and the style is easily adjustable <3 so worth it!! 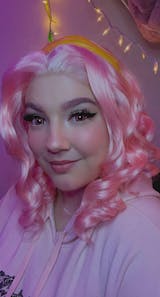 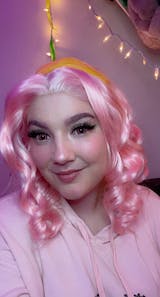 When I saw this wig for the first time I bought it right away. It looks absolutely amazing and it fits really well!
It's doesn't hurt or itch after wearing it a full day at a con so that was really a relief! 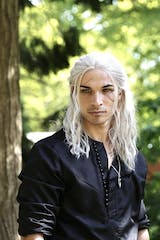 This wig is amazing! She is so full and long and really comfortable. I feel like a fairy and can't wait to wear her to ren faire. I've gotten so many compliments. I'm obsessed <3 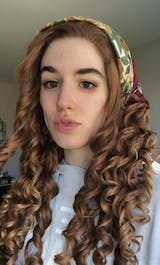 I have bought many, many wigs from this company all amazing , but this by far is my favourite. For a non lace front wig the hairline is not clunky or fake looking . I cut a few baby hairs but apart from that no alterations are needed .
Like all the others I have purchased, the hair isn't overly shiny or synthetic looking.
Would definitely recommend!

the colors are absolutely lovely together, one of my favorite wigs i own !! 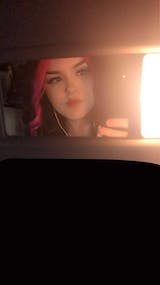 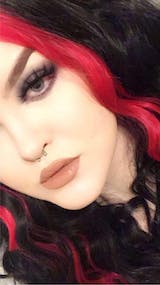 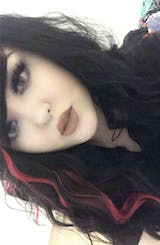 Spouse loves it for her character. We don't like how it was thin up top though and have to use an additional wig grip to hide the parting. But other than that it's great. 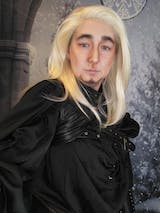 i've actually had this wig for 2 years now, but am coming back to write a review because of how much i still love it! it looks very natural, the curl pattern stays very well but does tangle somewhat easily. but with proper storage and care, you should be able to maintain it with no worries!

I bought this wig to upgrade my Poison Ivy cosplay and it was an excellent idea. This wig is a gorgeous,l and more natural red than I the wig I previously used. It is so comfortable, and looks like real hair. It has made my Ivy more of what I pictured her to be. Shipping was fast and the wig came beautifully packaged. I cannot recommend it enough 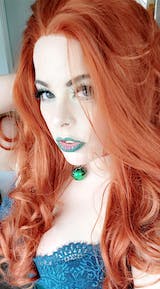